Human Nature: Fact and Fiction brings together a collection of inspiring, thought-provoking and original perspectives on human nature by ten leading writers, scientists and academics.

What do we mean by “human nature”? Is there a genetically determined core of humanity that unites us all as members of a single species? Or is the thing we call human nature a social construct? And how do we explain the mystery of human creativity? Do great writers have an intuitive grasp of what makes human beings tick, or are they merely the mouthpiece of contemporary culture?

The result of a 2004 smposium that tried ti bridge the putative chasm between the science and the arts, Human Nature offers some intriguing insights.

However where the real interest lies is in determining where these multiple perpectives align…being more anaylsis than synthesis, Human Nature allows its readers to find this golden section for themselves – a point that makes this book really stand out from the crowd. 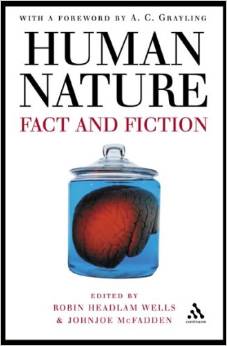