The hairiest heresy of evolutionary biology, the one most likely to get scientists figuratively burned at the stake, is the notion that any force more selective than blind chance could drive mutation. Such “directed evolution” smacks too much of a retreat into creationism for most science-minded readers to be comfortable with, but there’s no a priori reason to reject the idea. Molecular biologist Johnjoe McFadden risks the Inquisition by suggesting just such a possibility in Quantum Evolution: The New Science of Life. Directed at a general but somewhat sophisticated readership, the book covers the basics of both standard evolutionary theory and quantum-level physics, then synthesizes them in an interesting theory of made-to-order mutation that explains enough to warrant attention and is, importantly, testable.

McFadden’s writing is clear and sharp, and it shows a high regard for the reader’s intelligence and patience for complex ideas. This is no airplane book–except for those already well-versed in the latest in both evolutionary theory and subatomic physics. The rewards of reading are great, and the author bows just enough to established theory that he might meet the fate of his intellectual predecessors. The ideas underlying Quantum Evolution may be right or wrong, but they challenge received wisdom without plunging into dogmatism–and that’s good science. –Rob Lightner –This text refers to an out of print or unavailable edition of this title.

McFadden’s attempt to pinpoint what makes life “alive” begins with a long, slow, multidisciplinary explanation of life’s fundamental processes and ends with a fantastic quest through the strangest branch of science: quantum mechanics. Traversing all the great thinkers who laid the foundations of biology, genetics, physics, chemistry and mechanics, the first half is written for those with very little or no knowledge of science. The transitions between even widely disparate topics are flawless and build a coherent picture of the complexity of even the simplest organisms. Once quantum mechanics truly becomes the focus (approximately halfway through), McFadden’s talent for description hits perfect pitch. Layers of understanding about the unfathomable peculiarities of fundamental particles lead to amazing possibilities. McFadden voices a new theory that is gaining popularity: that quantum mechanical forces may have sparked life in the primordial soup, may create the difference between alive and inanimate objects and may even play a role in consciousness. Illus. not seen by PW. (Feb.)Forecast: Operating at two levels, this title may be a hard sell. The scientifically literate will want to skip the first half, with its elaborate explanations of the basics, and those little-versed in science may be overwhelmed by the book’s main argument. Enthusiastic readers may be found, however, among those once immersed in science but who have been away from it for a long time; they will be able to use the beginning as a refresher course and will then be prepared for the main thesis. But reaching them in particular will be a challenge for booksellers. 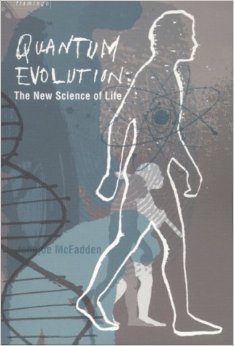